This is a standard pie or tart crust recipe.

If you are intimidated by making your own crust, now’s the time to get over that. You don’t need any special magic or skill, just a little understanding of how things work. Here are the highlights.

Just look what you can do with this recipe. 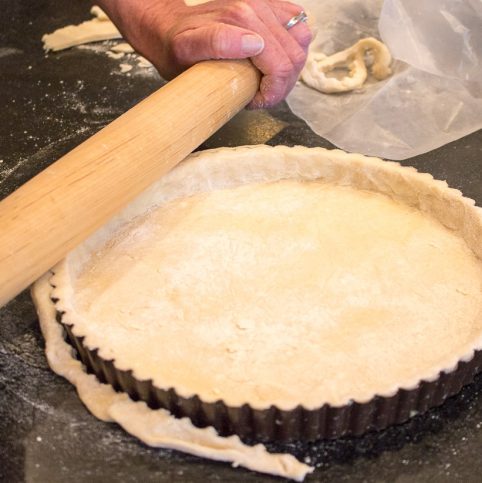 Using the Crust Immediately in a Tart or Pie

If you want to use a combination of shortening and butter, replace about 5 T of butter with shortening. But, before you do that, maybe check out these two references. Crisco started out as hydrogenated cottonseed oil in the early 1900's as an alternative to animal fat for soap and candle making. Edison's light bulb was on the horizon and in one of the most brilliant displays of re-branding/marketing, Procter and Gamble realized candle making was not the way to go. Enter the first trans-fat fake food: Crystallized Cottonseed Oil = Crisco.