I have a thing for Chipotle Lime Rice. Each rice grain is beautifully separate and fluffy. And somehow Chipotle gets the perfect finish of sweet butter, fresh cilantro, and tangy lime. I wanted that rice without the drive to Chipotle, the frenetic, noisy line, and the calorie load of whatever grease they were using to keep each grain unto itself. So, the experimenting began, and here’s what I learned.

This recipe uses regular long grain white rice because that’s what most people have in their pantry. However, Basmati rice would be fluffier, so if you have it, use it.

Rice Has Sustained Humans for Centuries

I know there a lot of people out there who are afraid of carbs, processed carbs, white carbs, any carbs. If that’s you, move on. However, if you think maybe, just maybe rice has been an important part of our diet for a very long time, jump in and give this recipe a go. If you are curious about cooking rice, get your questions answered here. And if you want an in-depth tutorial on making copycat Chipotle Lime Rice at home, go here. 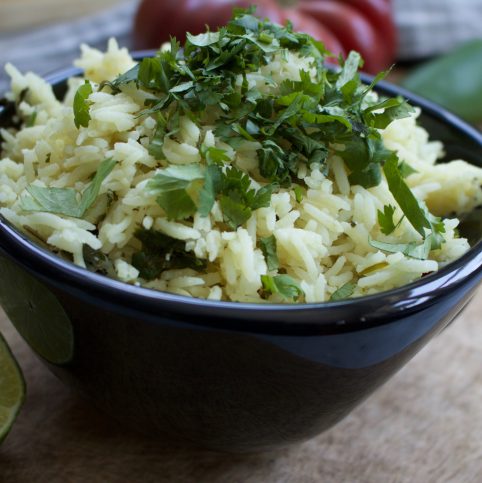 Nutrition data was calculated on 2 cups uncooked rice yielding 6 cups cooked and each serving is 3/4 cup.